Just last week Cherry Mobile announced another Android device from the Flare family.
a budget phone that suites your style.

and if you were aware there was another phone from flare family that had been revealed this April of the year 2015. that was the Flare S3 Power an Android Kitkat with a decent specs plus the ability to be used as powerbank at an affordable price.

so to compare which phone is better we will compare both phone base on their specifications and price.

below is the comparison of the two flares: 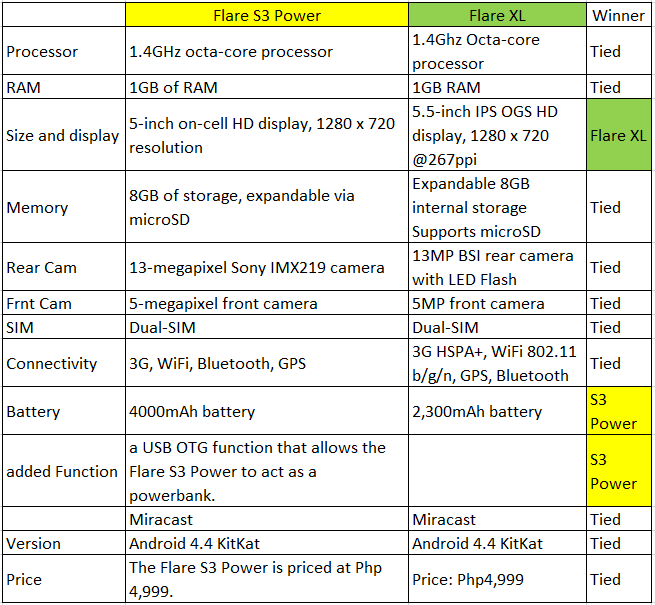 most of the features and price are the same.

when it come to battery and power there is no doubt that CM S3 Power wins it all
as it also serve as powerbank for other device when needed. this is a good choice for power savvy user who always hard gaming and internet browsing. 4,000mAh will give you around 14-16 Hours of continuous gaming without the need of recharge.

but if you prefer a larger screen, Flare XL is a good choice as it was priced just right!, most of the games now a days are more enjoyable when played in a larger screen with 2300mAh you can still play a good long time of about 6-8 hours.

Newly minted Papal coins are now ready to be delivered