Get a site
You are here: Home / 2015 / July / Newly minted Papal coins are now ready to be delivered

Newly minted Papal coins are now ready to be delivered

By Technical Philippines on July 7, 2015

The Bangko Sentral ng Pilipinas has sent their confirmation email regarding the reservation of the Pope Francis commemorative coins, the email include the quantity, total price, location and the requirements to claim the orders.

as written on the email:

Last March BSP announced that they will be producing another set of commemorative coins dedicated for the visit of Pope Francis last January in the Phililippines.

There were four Commemorative coins for the said event. 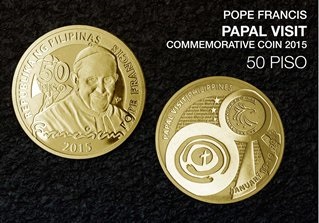 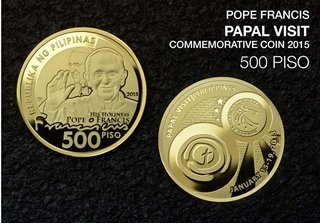 reservations for Papal coins was ended on March 13, earlier than the original June 30, 2015 deadline. Coin orders made up to March 6 will be fully served as supply becomes available.

Orders received up to March 13 will be served on a pro-rata basis, depending on the actual remaining inventory.