After the end of the filing of Candidacy, we had witnessed all aspirant for the national seats, and also with these progress we have already had a good picture of who are the people determine to seek public’s trust to held the highest legislative position of the republic. 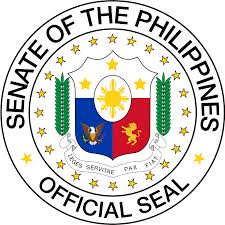 The three major party of the Philippine political set-up had already announced their official senatorial line up, together with their guest candidates.

the Senatorial candidates are as follows;

it is notable that Senator Ping Lacson, get the back of the three parties for this upcoming election, the trust being given to him by this three party gives him the highest chance of winning the election race as he was endorse by all of the party,

Notable runners are the PNP SAF Director Napenas who was abandoned by Pnoy in the failed raid of Mamasapano.

Jacel Kiram, who siege to return it to the custody of the Philippines,

Leila De Lima, who always expose herself in the media, though most are not beneficial.

Jericho Petilla, the Sec. of DOE who favored the Electric Companies instead of benefiting the public and failed to accomplished his promise after the aftermath of typhoon yolanda.

surveillance and maritime patrol aircraft, will be receive by the Philippines

Japan will give spy plane to the Philippines. Philippines is on the way to have four Japanese P-3C ...