Survey Result for the next President of the Philippines, July 05, 2015

By Technical Philippines on July 6, 2015

survey result of TechPhil Research for Pres and VP election, completed with demographics, age, gender, and income status of participants.

first of all we would like to give thanks to all participants who voluntarily joined this survey.

The survey was posted in Facebook, and shared to different groups including the group who supports Binay, Mar Roxas, Bongbong, Sen Miriam, Mayor Rudy, Grace Poe,other with massive social engagement groups and we also advertise it on facebook to reach other people who are not part of any group. so, we consider it as fair and everyone who might be concerned are inform that we are doing this survey.

Participants came across the whole archipelago, with 25% do came from National Capital Region(NCR), 31% from other parts of Luzon, 29% from Mindanao, and 14% from Visayas.

we have achieved the same amount of sample size in comparison with SWS and Pulse Asia’s but here we have real data from real people.

for the benefit of the others, we give the summary of the result of the survey in this article and we give the link for those who want to validate the survey result in spreadsheet format on google docs, as it was automatically made by google when we made the survey.

Result in Spreadsheet: click here to view the spreadsheet!

Now to digest the result 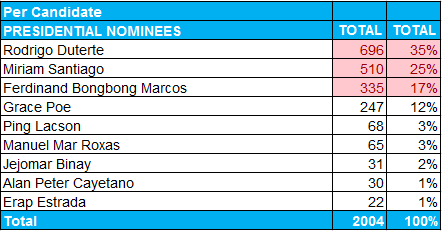 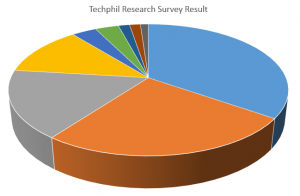 and Since we asked for 2 candidates to be voted, we listed the combination of two candidate chosen by the participants. 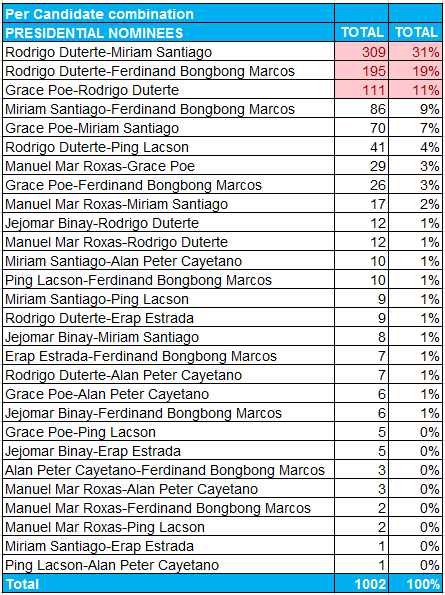 Links for the other report of this survey:

Result per Location of Participants (to be released July 9, 2015)

Rapist get acquitted for crime since it was a finger rape! In 2011, a Malaysian teenage girl aged 1 ...