Get a site
You are here: Home / 2015 / June / Why we should not support BBL in its current state and its connection with malaysia

Why Bong-Bong Marcos is against BBL and why should we?

Aquino met with then Malaysian Prime Minister Mohammad Mahathir before he went back to the Philippines and was assassinated on Aug. 21, 1983. 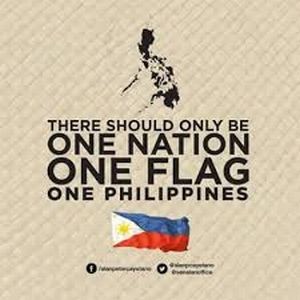 if we will notice, the 1987 constitution had already dropped our strong claim over Sabah, due to the commitment of Noynoy to Malaysian government and indirectly it affects our claim over Pag-asa group of Island, including Scarborough shoal. as they had amended the 1973 Constitution and removed the provision, “and all other territories belonging to the Philippines by historic right or legal title.” and deleted Sabah as a historic claim backed up by the legal title pertaining to the sultanate of Sulu.

Malaysian hard-ball diplomatic and guerrilla war maneuverings, backed by shrewd use of economic leverage, sourced from huge revenues from oil extracted in Sabah, were completed by 1987.

“a lasting peace does not need to be agreed upon in terms or else face war, it is the way of living, if you choose to live at peace then you will achieve a true and lasting peace”, Techphil

we should not be blinded by the promise of peace, if the consequence is war.

just like what Bong-bong Marcos said “we should not support it in its current state”, we should add provision that will preserve the integrity of the Philippines as a nation. every piece of word should be taken care and should not be rush it for the purpose of election next year.

Survey result for Vice Presidential Candidate!!! after the concluded survey we had online this is n ...