Get a site
You are here: Home / 2015 / June / Philippine, United State and Japan is holding military exercise near the West Philippine Sea

Philippines and it’s allies are on set to bring a more complex, and wider military exercise near the disputed waters of west Philippine sea of China and PH.

Philippines and it’s allies are on set to bring a more complex, and wider military drills near those disputed territories. it involve bringing land and sea forces together for training on amphibious landings. He says the troops are also taking part in ‘live fire’ drills and receiving training on intelligence gathering. 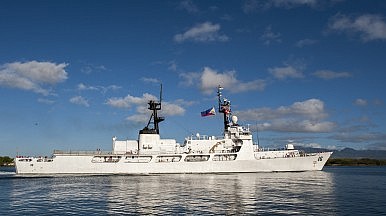 the military exercises is part of the annual Cooperation Afloat Readiness and Training (CARAT) exercises which Washington carries out with several South and Southeast Asian nations.
the United States will display its littoral combat ship USS Fort Worth, while the Philippines will use the BRP Gregorio del Pilar and BRP Ramon Alcaraz. The exercises involve a little more than 5,000 Philippine troops and about 6,500 U.S. troops.  the Exercises will is formally opened today, June 22, 2015, and will last until June 30, 2015.

and also, in a separate military exercise, Japan and Philippines also held a drills near the disputed waters of Asia, this is the second time that Japan and Philippine to hold such an event. but the drill with Japanese counterparts are a bit shorter, as it will only last until June 26, 2015.

Japan dispatched a P-3C maritime surveillance aircraft to the drill, the drill shall include
humanitarian assistance and disaster response, maritime search and rescue, and maritime
situation awareness training and cooperation.

the drills would help familiarize Philippine troops with modern equipment through the sharing of information, techniques and best practices on a technical level.