Get a site
You are here: Home / 2015 / June / Manila day, the city of Manila marks the 444th Foundation Day anniversary

Manila day: Another Holiday for Manileños this coming Wednesday! 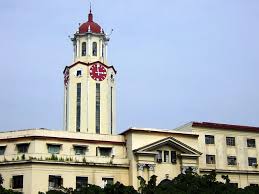 Signed by the executive secretary by authority of His Excellency, BENIGNO S. AQUINO III, do hereby declare Wednesday, 24 June 2015, as a special (non-working) day in the City of Manila.

Wednesday, 24 June 2015 marks the 444th Foundation Day anniversary of the City of Manila

it is but fitting and proper that the people of the City of Manila be given full opportunity to celebrate and participate in the occasion with appropriate ceremonies.

On June 24, 1571, Spanish conquistador Miguel López de Legazpi arrived from New Spain (now Mexico), and then exercised rule of the Spanish city of Manila as a territory of New Spain with the establishment of a city council in what today is the district of Intramuros.

Manila eventually became the center of Spanish activity in the Far East and one end of the Manila-Acapulco Galleon trade route linking Latin America and Asia. The city would eventually be given the moniker of the “Pearl of the Orient”, as a result of its central location in the vital Pacific sea trade routes. Several Chinese insurrections, local revolts, a British Occupation and a Sepoy mutiny, also occurred shortly thereafter. Manila also saw the rise of the Philippine Revolution which was followed by the arrival of the Americans who made contributions to the city’s urban planning and development only to have most of those improvements lost in the devastation of World War II. Since then the city has been rebuilt and has rapidly grown.

Manila celebrates civic and national holidays. Manila Day, which celebrates the city’s founding on June 24, 1571, was first proclaimed by Herminio A. Astorga (then Vice Mayor of Manila) on June 24, 1962 and has been annually commemorated, under the patronage of John the Baptist. This year it shall be ce