Get a site
You are here: Home / 2015 / June / Binay did resign in the cabinet, according to Atty. Salgado

Binay did resign in the cabinet, according to Atty. Salgado

According to Atty. Joey Salgado, the Vice President Jejomar Binay has “irrevocably resigned” from the Aquino Cabinet. chair of HUDC and OFWA

Binay did resign in the cabinet

Vice President of the Philippines Jejomar Binay has “irrevocably resigned” from the Aquino Cabinet.

According to Atty. Joey Salgado, the Vice President Jejomar Binay has “irrevocably resigned” from the Aquino Cabinet.

He quits from being the chief of the Housing and Urban Development Coordinating Council and the Presidential Adviser on OFW Affairs.

Salgado further said: that VP Binay’s resignation from the Cabinet is “effective immediately.”

“she was accompanied by Undersecretary Benjamin Martinez Jr., chief of staff of the Vice President,” Salgado said. “Executive Secretary Paquito Ochoa received the letter around 3:55 p.m. at the Office of the Executive Secretary.”
Senator Antonio Trillanes IV, a critic of the Vice President, saw the resignation as “a very positive political development.” 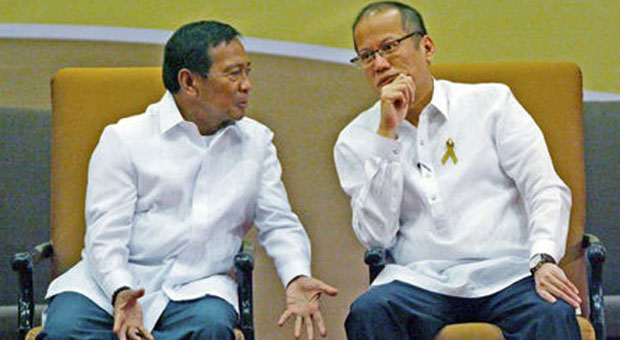 Binay and Aquino photo by inquirer

“Finally! This is a very positive political development. Now, there is no more inconsistency in the ‘tuwid na daan’ slogan of the PNoy administration,” he said.

“More importantly, it can now go all-out against Vice President Binay,” he added.

Senator Francis Escudero said Binay’s move “signals the so-called gun start of the 2016 elections where the appointed officials begin resigning from their appointive posts in order to concentrate on their respective campaigns.” Senator Juan Edgardo Angara, for his part, said Binay’s decision did not surprise him, noting the proximity of the elections. – GMA NEWS

Binay turned out as the most approved and most trusted top government official in the recent Pulse Asia survey.

Yahoo Philippines is now close, and some other services

Yahoo Philippines and some other services are closed by Yahoo! Yahoo! announced that they will be ...